Malta faced two time winners, Greece, in the Final. After 9 holes the scores were as follows: 2 down in the foursomes, 2 up and 2 down respectively in the singles. Schulze Doering led from the start and never surrendered his lead, eventually winning his match 3&2. Unfortunately Borg found himself a tough opponent and lost 3&2 in the other singles match. This left the foursomes pairing of Critien and Micallef. Both teams headed down the last hole tied. The match remained tied after 18 holes and a sudden death playoff was required to determine the winner. After a lengthy weather delay, play resumed and both teams halved with pars on the first hole, however a bogey for Team Malta compared to Greece’s par on the second playoff hole resulted in Greece claiming the European Men’s Team Shield Championship.

It is worth mentioning that since the inauguration of this Championship back in 2015, Malta has won four bronze and three silver medals. 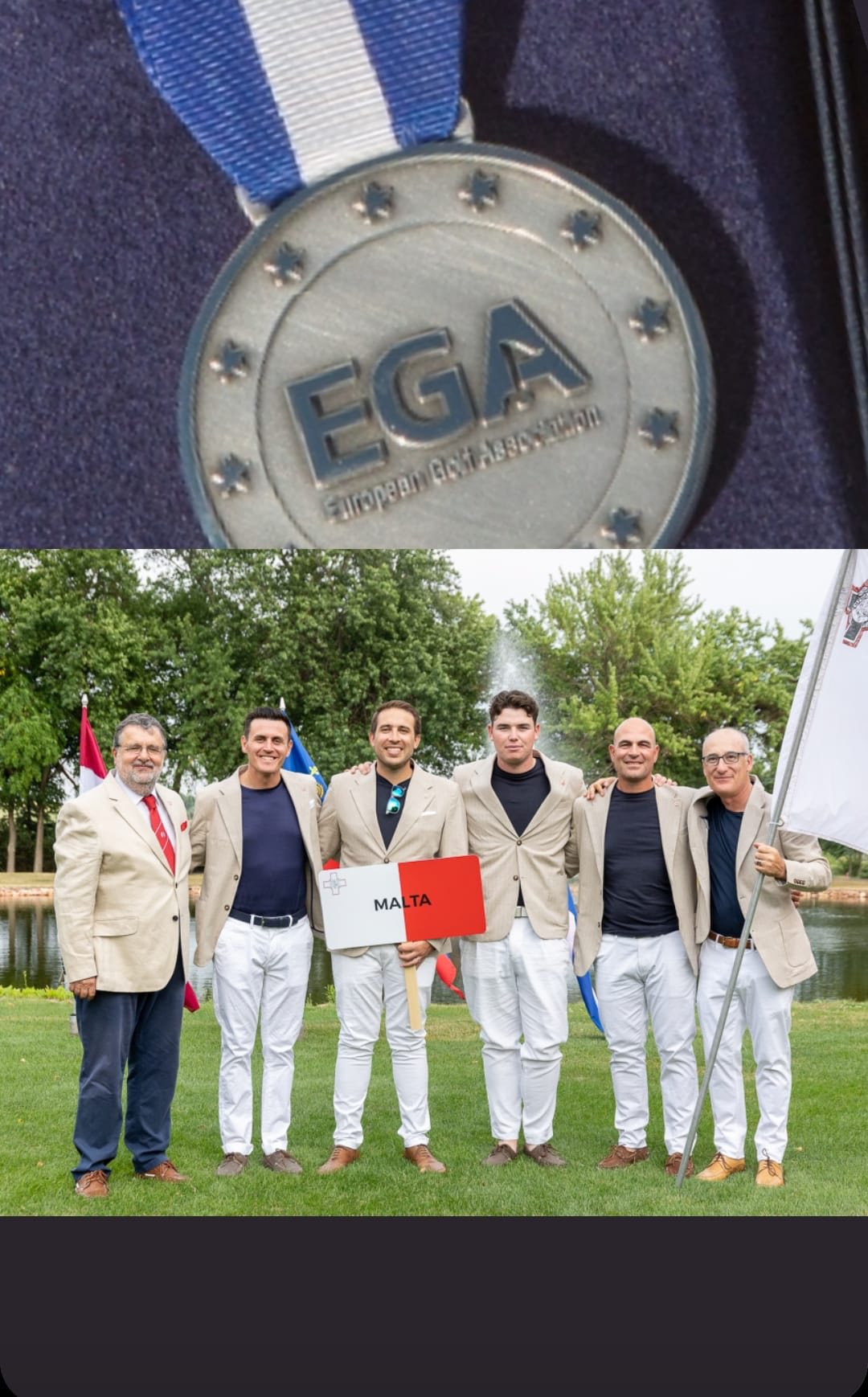