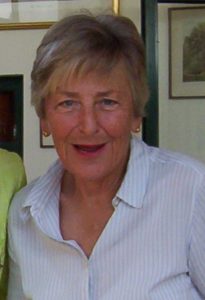 RMGC has been informed of the sad passing of Ms. Judith Ryan.

Judith, known by her many friends at the club as Judy was a past Lady Captain from 1991 – 1992 and remained an active competitor up to June 2015. Following that period she was awarded Honorary Membership of the club by the Board of Management.

Judy was also involved in helping many of our rookies obtain their handicaps & integrate into our women’s section over the years.

She was also a great animal lover & her particular care for many stray cats at the club, which she would feed regularly, was what kept Judy in touch with many of her friends when she had stopped playing golf. Judy’s regular phone calls with a number of her golfing friends kept her informed of events at the club which she held dear to her heart.

With Judith’s funeral arrangements scheduled for Thursday 22nd September & many of our ladies wishing to withdraw from the Memorial Trophy Competition to attend her funeral mass at Tal Ibragg church @ 9.30, it has been decided to postpone the start of season to the following week Thursday 29th September.

May she Rest In Peace.