SportMalta and SpecialOlympics (SO) Malta approached me in 2018 and asked if I could imagine working with SpecialOlympic athletes.

I had worked with ParaOlympic golfers on the past, but I had to revert to Google in order to understand a little more about SO: Founded in 1968 it has become the worlds largest organization to provide sports training and competition in a variety of around 34 Olympic-type sports for people with intellectual disabilities in 179 countries.

I found it a very interesting idea, and with the help of William Beck of the Malta Golf Association, we approached the Royal Malta Golf Club and the Marsa Sports Club to see if the young athletes could be included and have free access to the facilities.

Both clubs immediately signaled their support and we started the program in August 2018 with Rebecca Dalli and Adam Pisani. 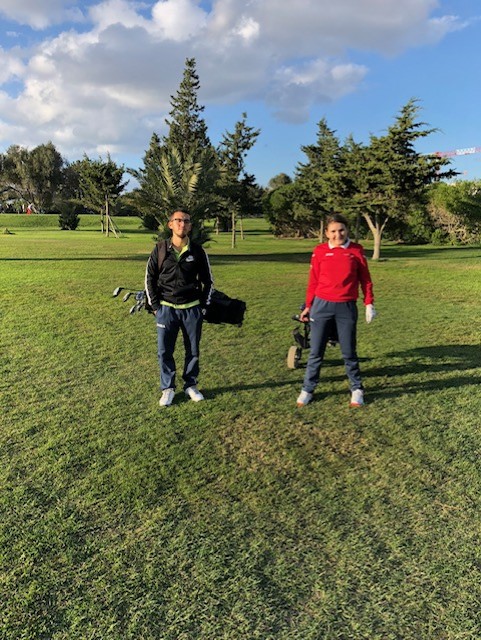 realized quickly that I had to learn more than the two athletes, and went back to school in order to succeed with my two new clients as both of them wanted to participate in the SO World Games in AbuDhabi in March 2019.

As a newly qualified volunteer I had less than 6 months to prepare Rebecca for a Level 1 competition, which is a skills-based competition at the training grounds and Adam for level 4, meaning that he was playing golf individually and competitively over 9 holes.

Level 5 is the highest level with SO athletes competing over 18 holes – the Danish Gold medal winner ended up shooting below par!

After frantic beginnings of finding suitable clubs and other equipment, and settling for a training regime, both Rebecca and Adam calmed my nerves by working hard and being wonderful students.

I still had massive doubts about the extremely short coaching period and being away from family and work for over 2 weeks, but after less than half a year of training and preparation we travelled to AbuDhabi – meeting over 7000 SO athletes from around the world. 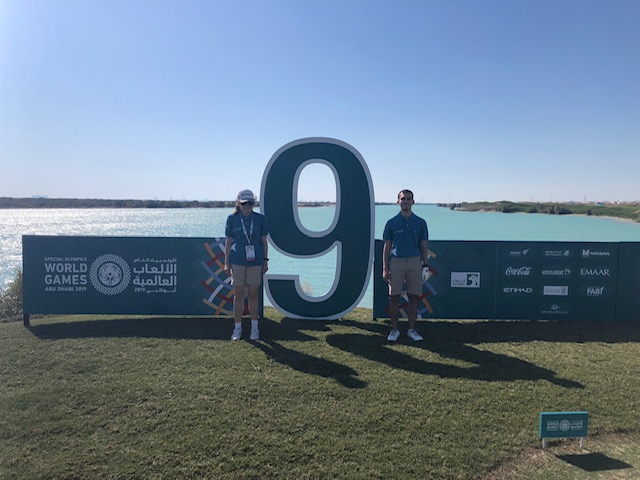 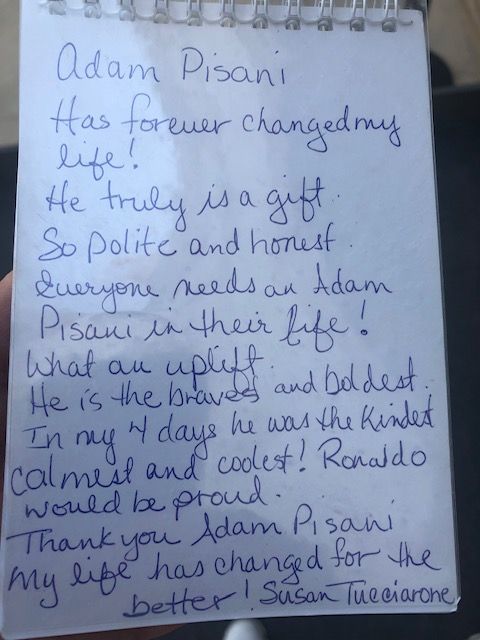 I tried to prepare myself and Rebecca and Adam for the second largest Sports event after the Olympic Games, but it was Adam that educated me and calmly told me that he had participated in Los Angeles as a track and field athlete and why would I fuss so much?

The host country tried to cope with the enormous amount of participants, coaches, families and spectators, but it was a daily struggle to get to the coaches meetings, training and screening sessions and social activities.

Rebecca and Adam went through some tough pre-competition coaching with a still nervous coach and they were well prepared on their match days. I surely was not prepared for what happened the next few days, as I had to sit through competition and coaches meetings where personal bests and handicaps of the SO athletes were discussed – our athletes had never finished more than just a few holes yet due to the very short preparation time!

With this in mind we started the competition and Adam was assigned a local caddy – another shock to my system as I originally had planned to be there with Adam all the way on the challenging YAS links championship golf course, but this job was taken up by a very friendly lady member of the club called Susan. Adams heart rate never changed and he went onto the first tee to be announced as representing Malta, he calmly acknowledged all the media and spectators and went on to hit his Driver down the middle – holding his finishing position longer than most touring pros.

Rebecca was a little more nervous and started the skills competition on the putting green. She had the AbuDhabi army assisting, watching and cheering and went on to struggle a little at the shorter putts as she was pretty excited. Settling in, she excelled at chipping, had a hard time pitching, but bombed her drives to win a bronze medal! Have a look and see how proud she was 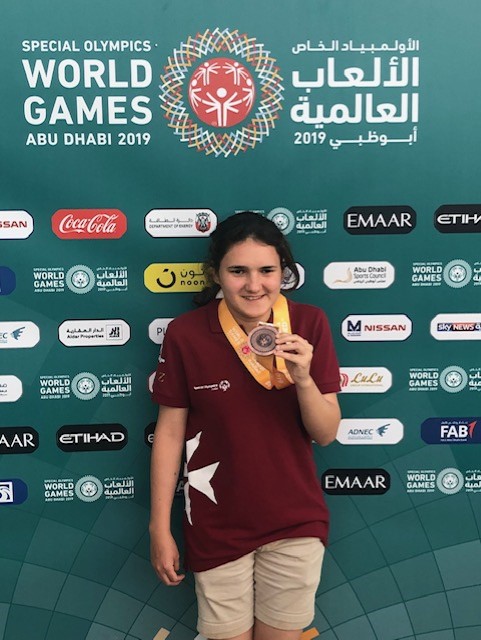 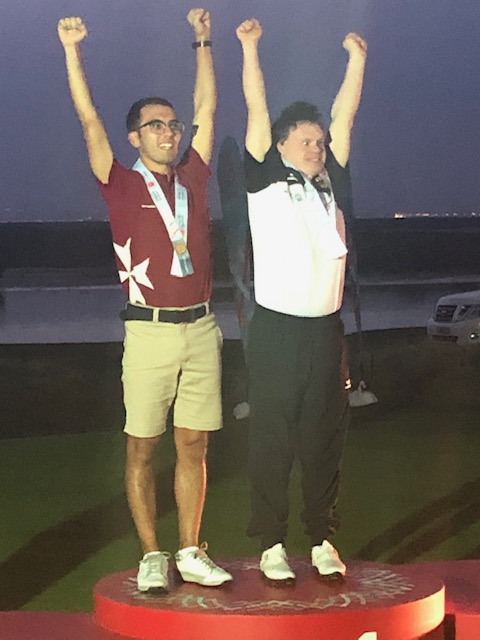 Adam came back from his competition – calm and collected – beating his flight partner on the last hole.

Upon our return to Malta we decided to continue with a regular training program and SO Golf became a fixed part of the Malta Golf Association activities. We have now grown to 4 athletes with another Adam and Mark joining us for training sessions twice a week. Some of the training sessions are covered by Christina, who is a social worker by profession (and a level 1 PGA junior coach) with a strong background of working hands-on with intellectually challenged juniors. She has take them to new levels and surely is calmer and better organized than the head coach

Adam Pisani, Rebecca and Mark are selected to represent SOMalta, the RMGC and MGA at the World Games held in Berlin in 2023 and surly will make us all proud!